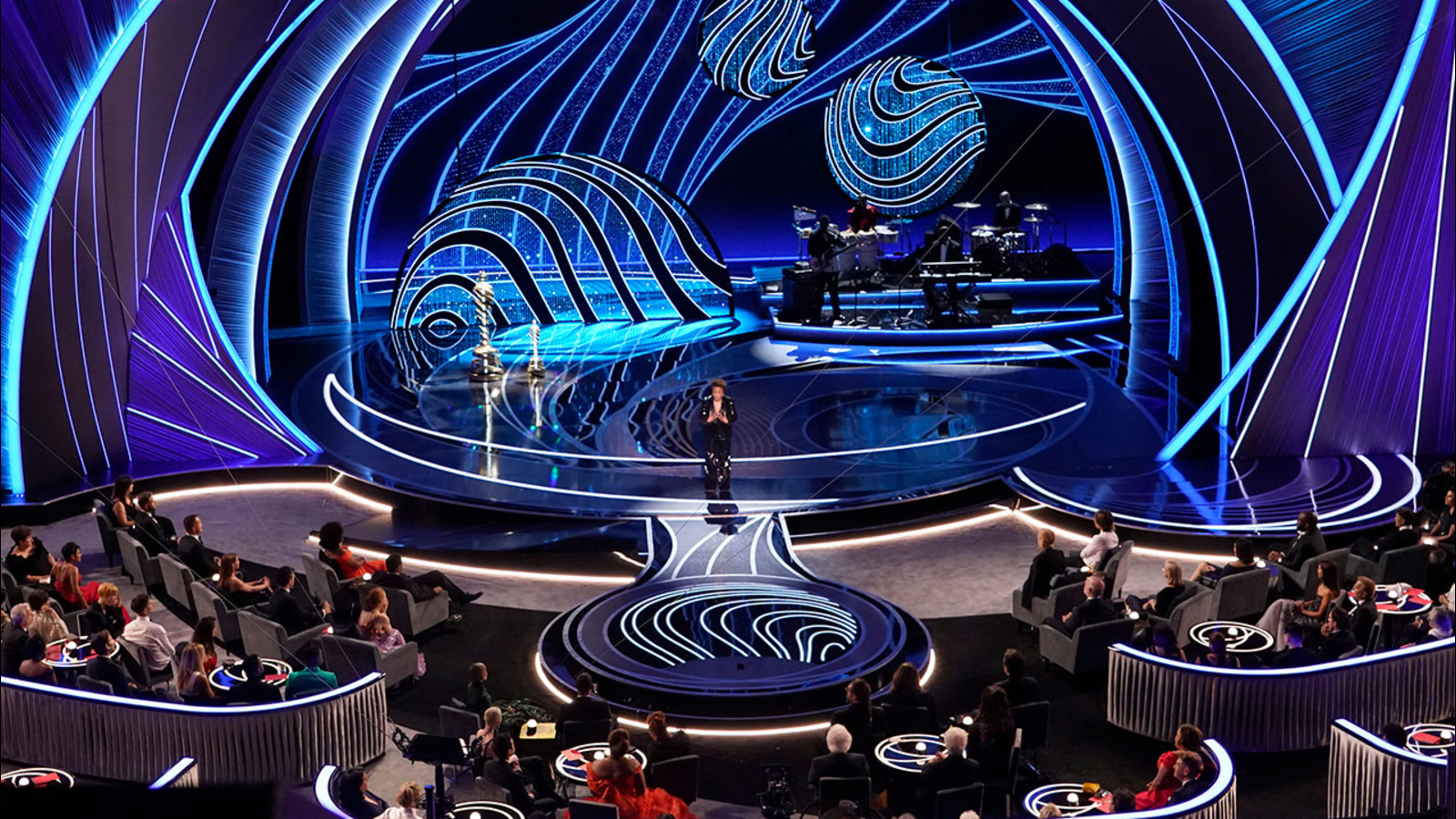 LOS ANGELES — The 94th Academy Awards kicked off with Beyonce, a string of awards handed out off-camera to Denis Villeneuve’s science-fiction epic “Dune” and a trio of Oscars hosts in Wanda Sykes, Amy Schumer and Regina Hall.

From inside Los Angeles’ Dolby Theatre, Venus and Serena Williams, whose childhood is dramatized in the Will Smith-led “King Richard,” began the broadcast by introducing Beyonce. She performed the film’s nominated song, “Be Alive,” in an elaborately choreographed performance from a lime-colored, open-air stage in Compton, where the Williams’ grew up.

“All right, we are here at the Oscars,” began Hall. Sykes finished: “Where movie lovers unite and watch TV.”

Sykes, Schumer and Hall breezily joked through prominent Hollywood issues like pay equity — they said three female hosts were “cheaper than one man” — the Lady Gaga drama Sykes called “House of Random Accents,” the state of the Golden Globes (in the memoriam package) and Leonardo Di Caprio’s girlfriends. Their most pointed political point came at the end of their routine, in which they promised a great night.

“And for you people in Florida, we’re going to have a gay night,” Sykes said.

The first broadcast award went, fittingly, to Ariana DeBose, who became the first openly LGBTQ actor and first Afro-Latina to win best supporting actress. Her win came 60 years after Rita Moreno won for the same role in the 1961 original “West Side Story.” DeBose thanked Moreno for leading the way for “tons of Anitas like me.”

“To anybody who has ever questioned your identity or you find yourself living in the gray spaces,” said DeBose, “I promise you this: There is indeed a place for us.”

In other notable moments, Jane Campion won the best director Oscar for “The Power of the Dog,” becoming only the third woman to take that honor.

Deaf actor Troy Kotsur won the best supporting actor Oscar for his role in “CODA,” bringing the audience to their feet. Kotsur became the second actor who is deaf to win an Academy Award. His “CODA” co-star Marlee Matlin was the first when she won best actress for “Children of a Lesser God” in 1987.

He dedicated the film to the Deaf community. “This is our moment.”

The ceremony was rocked by an unbelievable exchange after Will Smith took offense to a joke made by Chris Rock about his wife, Jada Pinkett Smith.

After Rock joked to Smith that he was looking forward to a sequel to “G.I. Jane,” Smith stood up from his seat near the stage, strode up to Rock and slapped him. After sitting back down, Smith shouted at Rock to “keep my wife’s name out of your (expletive) mouth.” When Rock, who joked about Jada Pinkett Smith while hosting the Oscars in 2016, protested that it was just a “GI Jane” joke, Smith repeated the same line.

“That was the greatest night in the history of television,” Rock said, before awkwardly returning to presenting best documentary, which went to Questlove’s “Summer of Soul (…or When the Revolution Was Not Televised).”

Later in the ceremony, a tearful Smith won the best actor Oscar, his first.

Before the ceremony, the Academy awarded winners in eight categories. “Dune” won the first Oscar of this year’s ceremony, taking home the sound award in the pre-telecast ceremony, along with three other Oscars in the early awards.

Scroll down for the full list of 2022 Oscar nominations.

(Not listed in order of presentation)

Actress in a Leading Role

Actor in a Leading Role

Javier Bardem in “Being the Ricardos”
Benedict Cumberbatch in “The Power of the Dog”
Andrew Garfield in “tick, tick…BOOM!”
Will Smith in “King Richard” – WINNER
Denzel Washington in “The Tragedy of Macbeth”

LIST: All 93 movies that won Oscars for best picture

Actress in a Supporting Role

Actor in a Supporting Role

“Encanto” -WINNER
“Flee”
“Luca”
“The Mitchells vs. the Machines”
“Raya and the Last Dragon”

“Drive My Car” Japan – WINNER
“Flee” Denmark
“The Hand of God” Italy
“Lunana: A Yak in the Classroom” Bhutan
“The Worst Person in the World” Norway

“Ascension”
“Attica”
“Flee”
“Summer of Soul (…Or, When the Revolution Could Not Be Televised)” – WINNER
“Writing with Fire”

SEE ALSO: Questlove calls Oscar-nominee ‘Summer of Soul’ a film that his younger self would have wanted to see

“Ala Kachuu – Take and Run”

SEE ALSO: Why the chart-topping ‘Encanto’ song ‘We Don’t Talk About Bruno’ wasn’t eligible for an Oscar nod