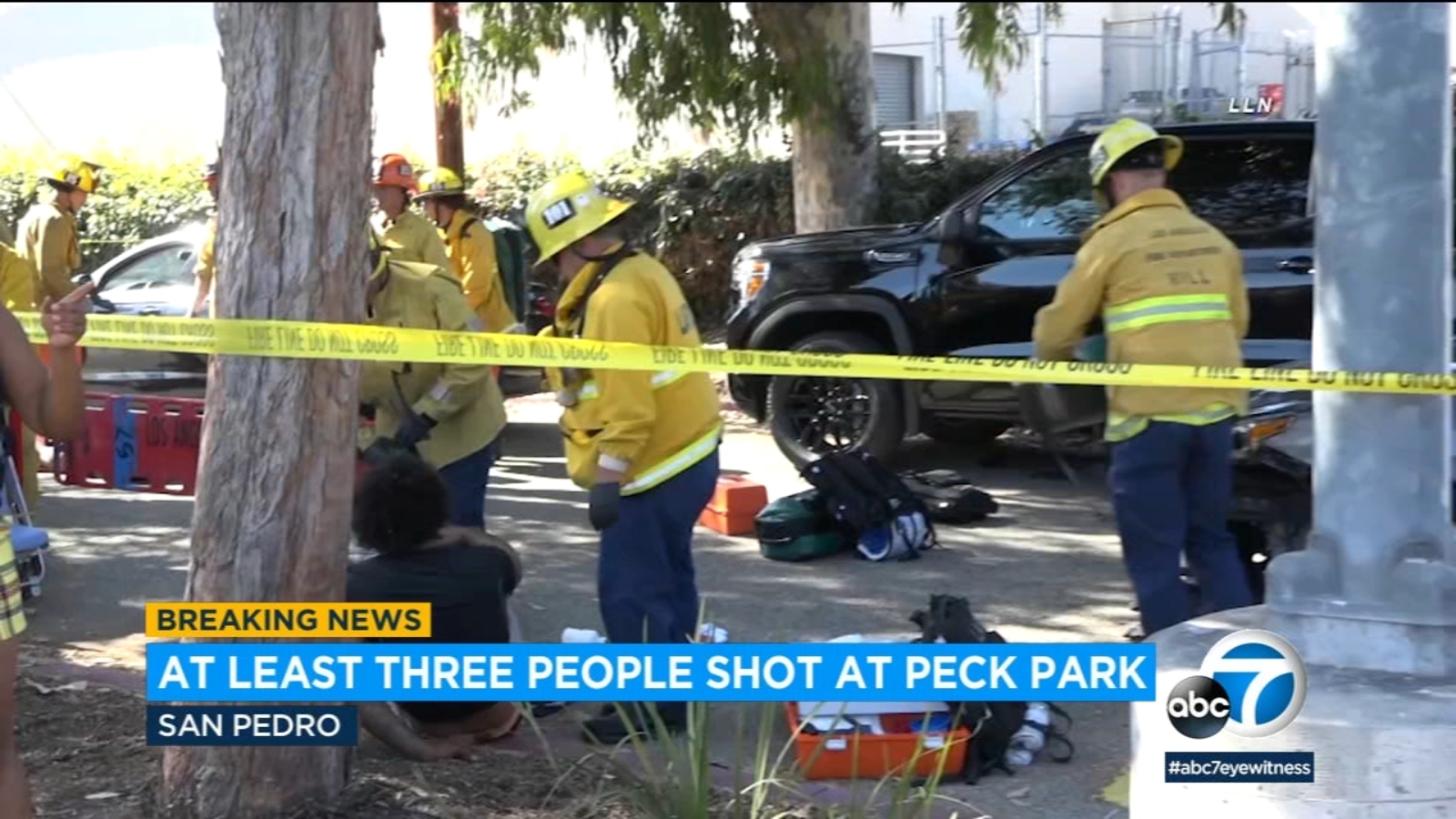 SAN PEDRO, LOS ANGELES (KABC) — Two people were killed and five others injured when gunfire broke out at a park in San Pedro on Sunday, police say.

Of the seven who were struck by gunfire, four of them were listed in critical condition as they were transported to local hospitals, police say. Two of those four were in full cardiac arrest as they were being transported, said LAPD Cmdr. Jay Mastick.

The incident was reported at or near a car show at Peck Park, on N. Western Avenue just before 4 p.m. Mastick said although the shooting was in the vicinity of the show where hundreds of people had gathered, it was not immediately clear if it happened at the show itself.

Police say the incident began as a dispute between two people in the area of the baseball diamond at the park. They said it was not considered an active-shooter situation.

Police are investigating the likelihood there was more than one shooter exchanging gunfire.

Witnesses said hundreds of people were gathered for the car show and other activities around the park. When gunfire erupted, people immediately ran from the scene in terror.

Police cordoned off the area around the park as they investigated the shooting.

DEVELOPING: This story will be updated as more details become available.